The resorption of unsanitary housing in overseas territories. 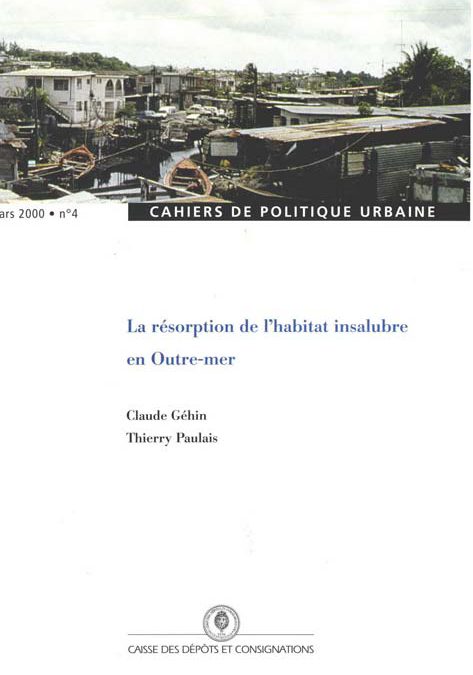 This work, co-written with my colleague Claude Géhin, is devoted to a review that had never been carried out before concerning policy for the resorption of unsanitary housing (RHI) conducted by the French government overseas. The work provides a history of the series of modifications the RHI procedure underwent since its creation in 1970. It therefore draws up an assessment of three decades of operations, while seeking to situate them within the wider framework of urban policy in overseas territories. I had initially gained specific knowledge about the subject after a long stay in Guadeloupe in the aftermath of cyclone Hugo in 1989 and following that, through a series of missions in the Overseas Departments and territories financing these types of operations with the urban project loans (or PPUs in French), that I was responsible for at the Caisse des dépôts.